Homepage / Blog / Can haemorrhoids cause infertility in males? 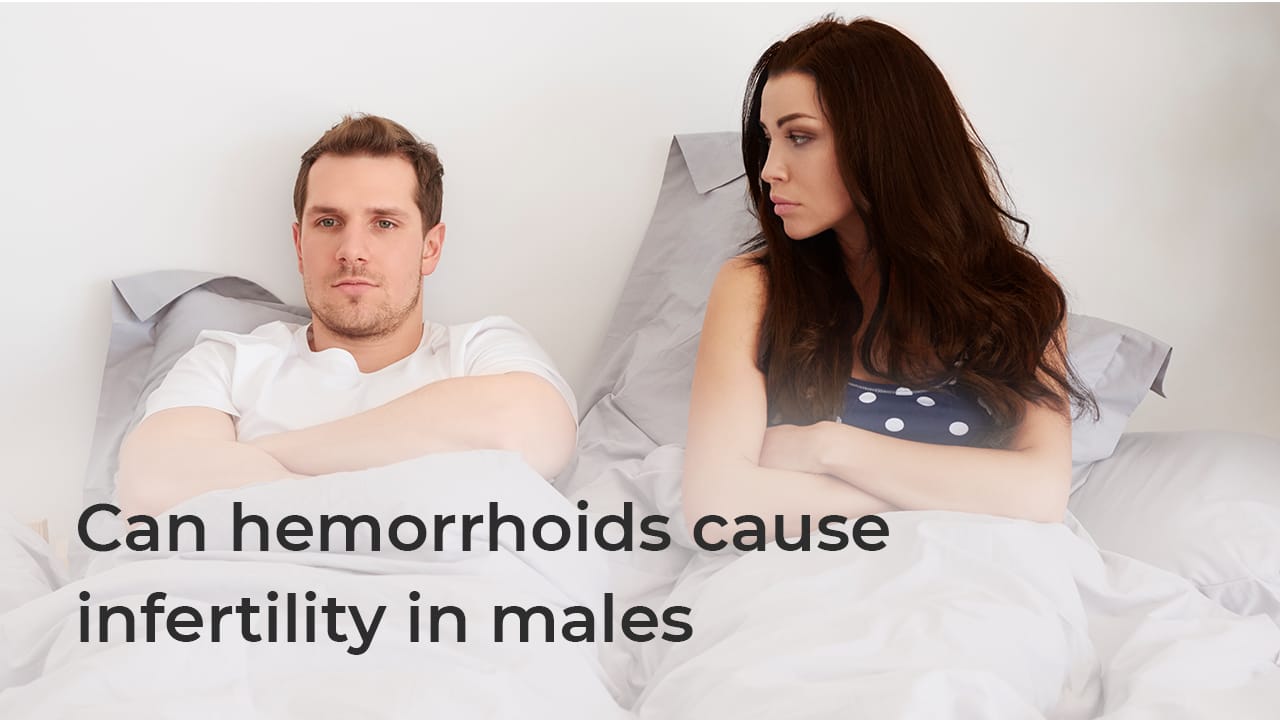 Most guys don't discuss the discomfort of piles, but many should! Swollen veins in the rectum or anus like varicose veins are known as piles or haemorrhoids. Internal haemorrhoids, prolapsed haemorrhoids, and external haemorrhoids are the three common forms. Because bleeding from the bowel can be caused by a variety of illnesses, including some that are dangerous, it's crucial to visit a piles specialist doctor if you detect a smear of bright red blood on the toilet paper or streaks of blood in the faeces.

Whereas Premature ejaculation (PE) occurs when ejaculation happens earlier than a man or his partner prefers during intercourse. PE is also known as a premature climax, quick ejaculation, or early ejaculation.

Haemorrhoids can cause erectile dysfunction?

Unlike other disorders such as high blood pressure, Alzheimer's disease, and other degenerative diseases that steadily worsen with age, this condition affects younger men more than older men. Erectile Dysfunction was detected in roughly 24.9 per cent of males under the age of 40 who had been diagnosed with haemorrhoids, according to the study.

Younger males are more prone to correlation than older guys. Men aged 30 and under are more likely to develop erectile dysfunction after being diagnosed with haemorrhoids. Furthermore, males between the ages of 30 and 39 are twice as likely to have Erectile Dysfunction if they have had haemorrhoids.

These studies clearly show a link between age and the chance of developing Erectile Dysfunction due to haemorrhoids. Localized enlargement of varicose veins in the deep anus region may be accountable for some local discomfort that can lead to Erectile Dysfunction.

Young men with Erectile Dysfunction, purportedly caused by the presence or history of haemorrhoids, must first address the pain caused by Haemorrhoids. Haemorrhoids cause excruciating pain that can be difficult to bear. Haemorrhoid pain can be relieved to some extent by reducing the pain.

Besides these remedies, one must alter one's eating habits. Consuming food that irritates the stomach should be avoided, while foods that soften the stool should be included in the diet. It can prevent the veins from becoming irritated and prevent straining while moving the bowels. If you are still feeling uncomfortable or in pain visit a piles hospital in Chennai for consultation.