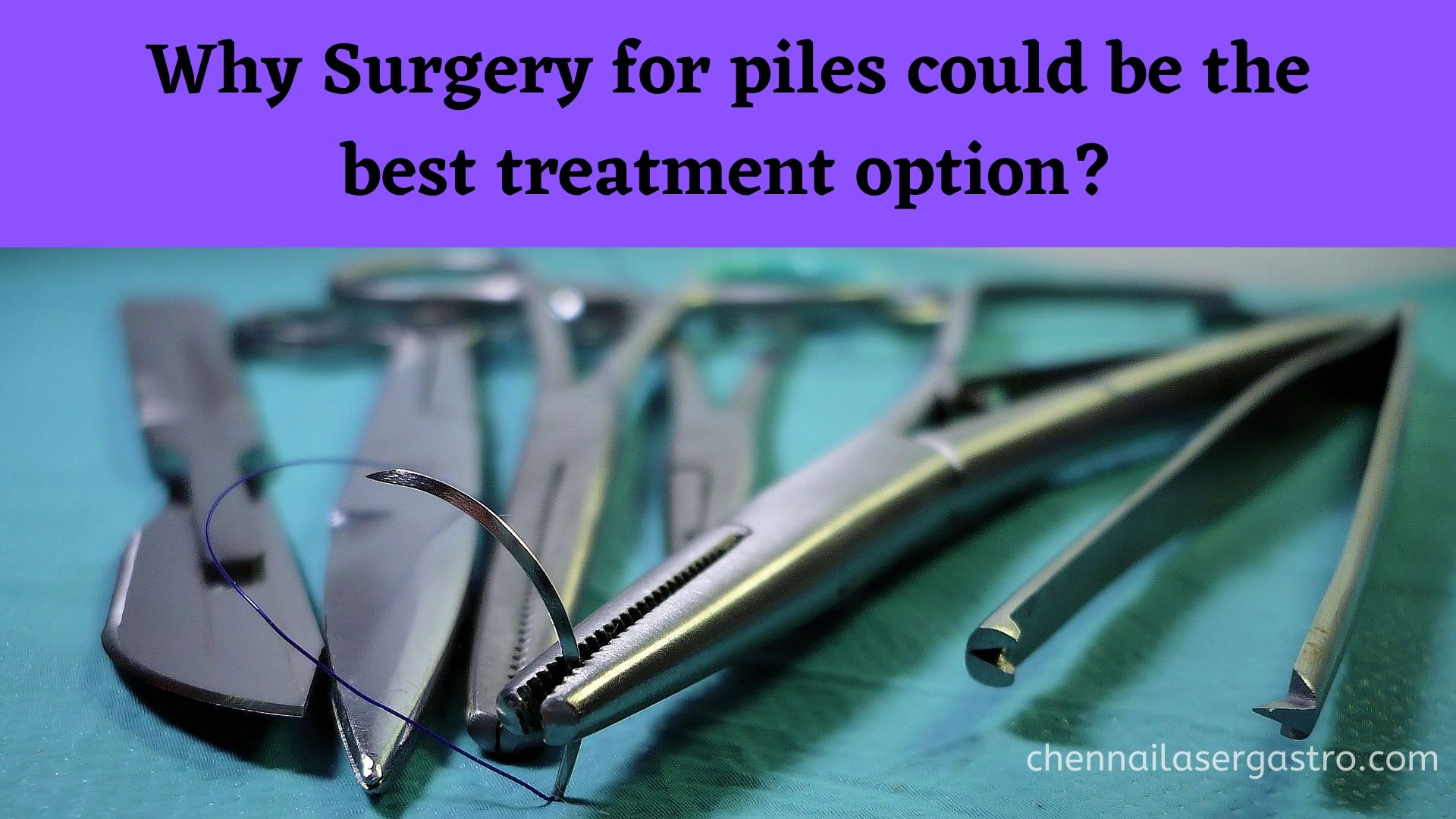 Although recovery from surgical removal of the haemorrhoid may take some time, surgery can be the best option as the surgeon can quickly remove the haemorrhoid that causes symptoms such as significant pain and excess bleeding. An added advantage of the surgery is that multiple haemorrhoids can be removed in a single surgery.

It is believed that haemorrhoid treatment needs to be tailored not only to the grade of the haemorrhoids, but also to the size, circumferential nature of the disease, and predominant symptoms of the patient. Different methods of surgery mainly aim to either shrink or make the haemorrhoid disappear by shutting off the blood supply to the haemorrhoid or by removing the haemorrhoid completely. All methods approach the ideal surgical option, which is one that is effective while being safe and painless. The ideal operation for haemorrhoids should be effective with a low rate of recurrence, minimal post-operative pain to allow early return to normal activities and safe with minimal morbidity.

Laser surgical therapy for piles guarantees satisfactory results, which are significantly better than those obtained with conservative therapies, especially for Grade III and IV haemorrhoids. Surgery is the most effective treatment for haemorrhoids and is particularly recommended in prolapsing piles during defecation that may be reduced manually (Grade III) and irreducible haemorrhoids (Grade IV). Other indications to surgery are failure of nonoperative management, patient preference and concomitant conditions (such as fissure or fistula) that require surgery.

In conventional haemorrhoidectomy, haemorrhoids are excised using a sharp instrument such as the scalpel or an electrocautery device and then the wounds are closed using sutures. This surgical removal of internal or external haemorrhoids usually is performed while the patient is under general, spinal or local anaesthesia. Closed haemorrhoidectomy was thought to be the best suitable surgery for internal haemorrhoids and so, was commonly performed. This worked as the most effective method for treating severe haemorrhoids with the lowest recurrence but with certain drawbacks of associated postoperative pain and bleeding.

There has been increasingly popular alternative such as stapled haemorrhoidopexy that may be associated with less postoperative pain than traditional haemorrhoidectomy but with risk for increased recurrence. However, the advent and practice of Laser haemorrhoidectomy have achieved the best long term results with very less potential complications.